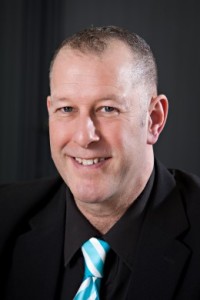 Paul was employed by the Civil Service at Middlesbrough County Court from 1986 to 1991. He then moved into private practice, working in litigation and personal injury matters from 1991 onwards. He qualified as a Fellow of the Institute of Legal Executives in 1996 and became a solicitor in 1999.

Paul has significant experience and expertise in cycle injury claims and has conducted a wide variety of cycle claims over the years.

Examples Of Paulâs Work Include…

Paul acted for a cyclist who was on his way to work in the early hours using a cycle lane, when a car turned across him, knocking him off. Our client was injured and we recovered compensation for his minor injuries and the extensive damage to his bike, which cost nearly Â£5,000 to replace.

In a claim involving a semi-professional sports player who was knocked off his bike and suffered various injuries, we recovered compensation not only for the injuries, loss of earnings and damage to his bike, but also a significant proportion towards the loss of amenity he suffered as a result of being unable to compete in the sports that he played regularly at a high level.

One client was knocked off his bike by a passing lorry. As there were no witnesses and no way of knowing the registration of the vehicle, that failed to stop, the client did not think he would receive any compensation. However, we were able to claim through the Motor Insurance Bureau (Untraced Drivers Scheme) and he was delighted to receive nearly Â£5,000 for his injuries and losses.